Recently, one of my customers brought in a Roland MKS-80 for repair. Well, no surprise there but... Tom also brought me a poorly sounding Roland SBF-325, one of the best ever flanger / chorus units ever made.... in my humble opinion.

Roland brought out the SBF-325 in 1979 and before things were designed with built-in obsolesce, this machine was on the market for seven years, just before I joined Roland (UK) Limited as Group Technical Manager in fact (oh, those were the days).

The SBF-325 reeks analogue. So much so, that if not tuned properly, you'll easily  hear the LFO leaking into the audio via the Matsushita MN3007 bucket-brigade-delay-lines (BBDs). When set up correctly however and in accordance with Roland's service notes, this thing just sounds sweet.

The Roland SBF-325 is of course, a stereo flanger with three modes; mono (only Channel A is actually active but is split later on down the line to the two outputs), stereo and stereo with cross-mixing which outputs an extra wide stereo flanging effect by incorporating panning between the two delays.

The chorus was obviously designed to deliver Roland's famous, tried and tested chorus sound of the time and I guess there just wasn't a need to mess with it. The Juno-106, the JX-3P, the Boss CE-1 and so many more machines, used the very distinctive, smooth but rich Roland chorus effect.

In chorus mode, the modulation section works as it should but the feedback control doesn't do anything. Why would it? 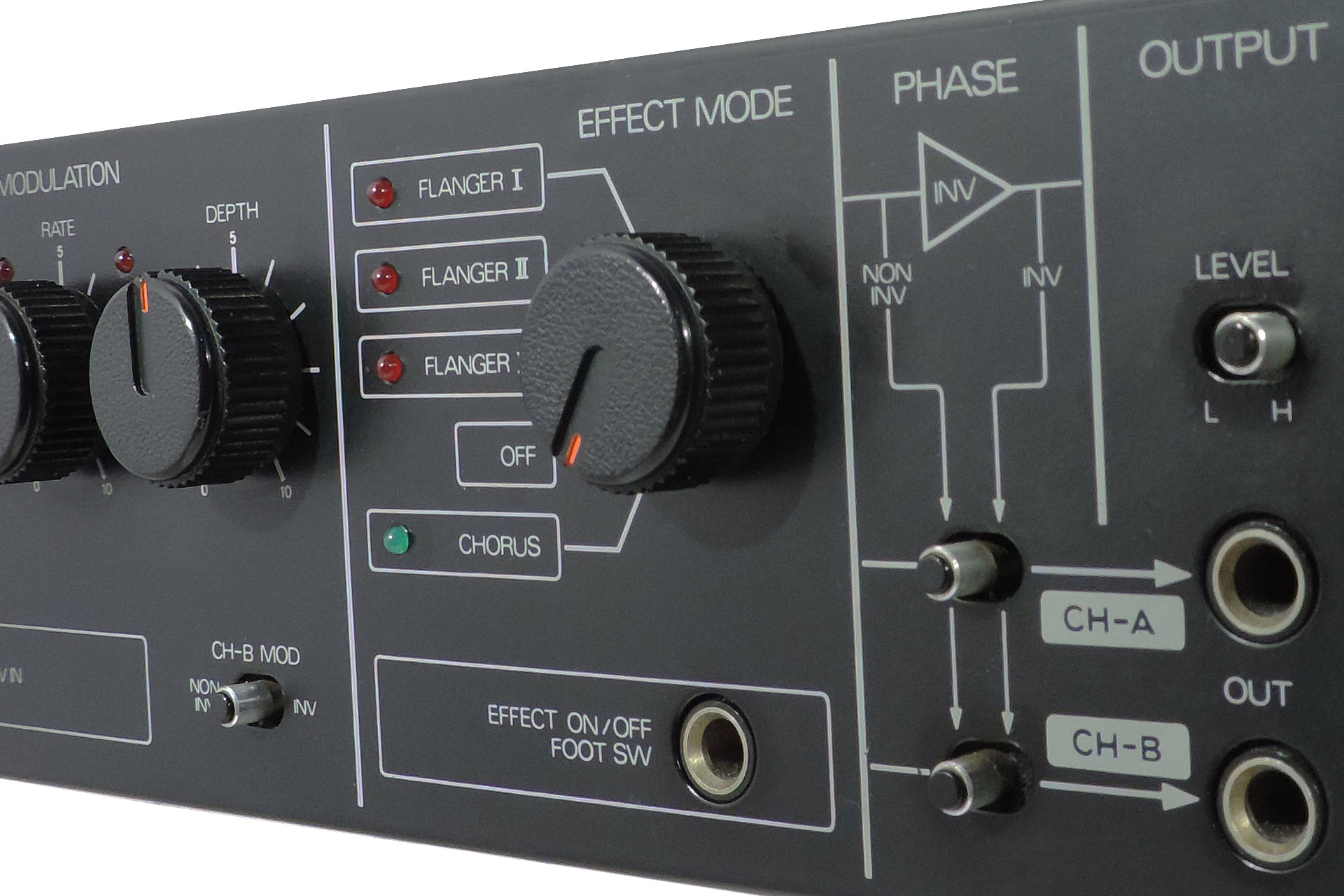 The modulation section is very comprehensive with all the usual controls you'd want on a unit like this; centre frequency, rate (speed) and depth. For flanging in particular, 'feedback' is also important.

Now-a-days manufacturers seem to have the need to bung on a load of stuff that only they know what it does and that 'we' don't even want. The simplicity of machines like the SBF-325 reminds us of a time when things were just simpler but sounded new and cool! 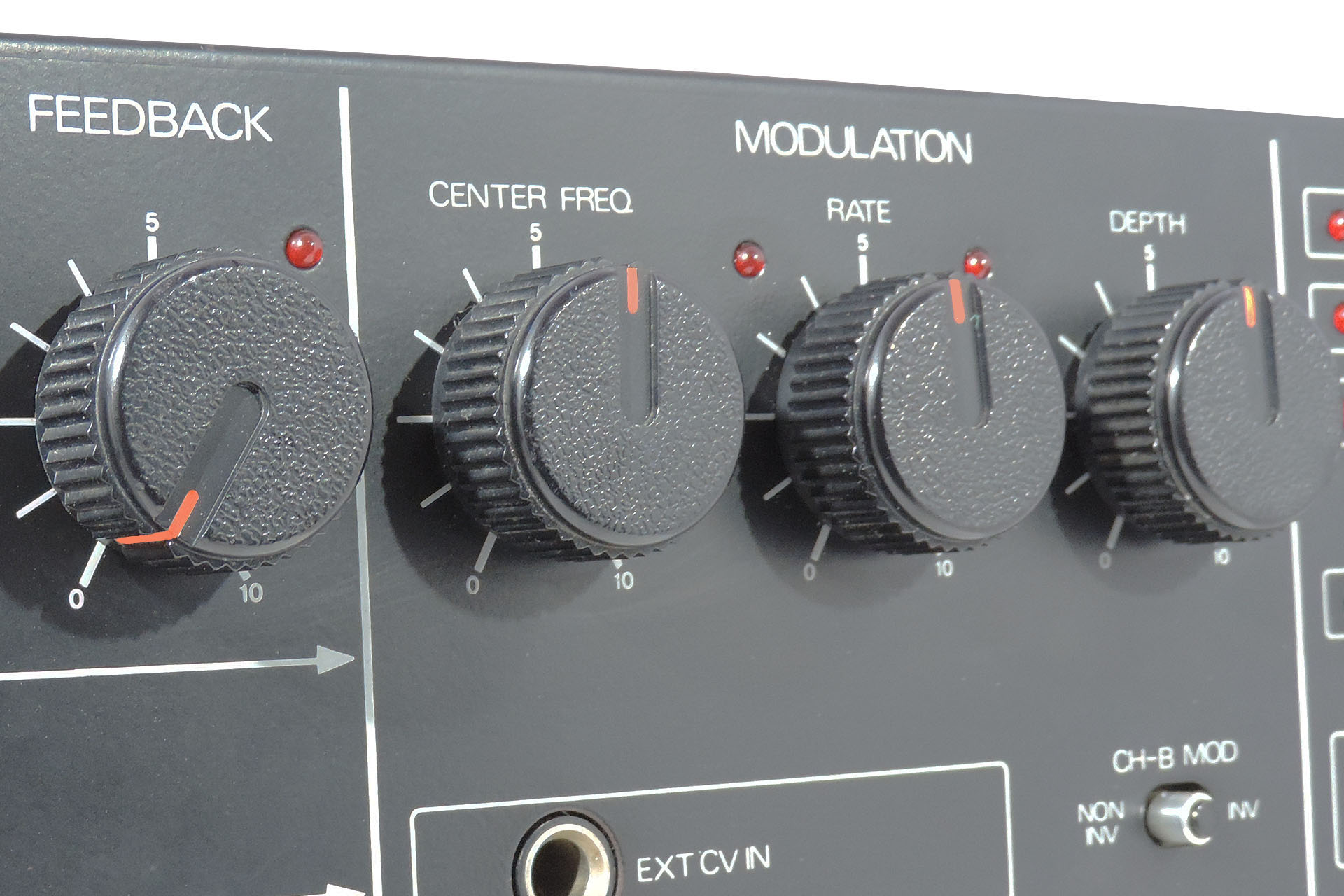 The input and output levels are switchable between -16dBm and +4dBm. Unfortunately none are balanced, something that we take for granted, now-a-days. Actually, the sockets aren't PCB mounted which means that you might be able to make balanced inputs and outputs. Hmm... I have to think about that.

With input and output sockets on both the front and rear of the unit, there are also various options to invert one output with respect to the other and even invert the modulation on Channel B. Best of all however, is the provision for CV. Pre-MIDI, the front panel 'Ext CV In' jack, allows the LFO on the SBF-325 to be clocked from another machine including an external LFO. Even today, using a MIDI-to-CV converter, it's easily possible to link the SBF-325 to your DAW. How cool is that?

So, Tom has quite a lot of American gear and indeed this unit was a 117V example, as was the MKS-80 he brought me.

He told me that the unit was distorting and to be honest, I kind of had an idea what might be causing this.

From a service perspective, the problem with this early Roland stuff is that while the service notes go into as much detail as ever, the PCB is really quite difficult to navigate. Roland had this weird finish on the components side of their PCBs which after several minutes, can make you a little dizzy and trying to read component references is almost impossible. Having said that, the tracking on the underside of the board was graphically copied to the components side so once you got used to the bloody thing, this aspect of the board design could work in your favour.

So it took me a while to switch into 'Seventies' mode but it soon became apparent that one of the BBDs wasn't biased properly. Okay, not a problem, I thought. Let's go through the process. Ah! I couldn't actually bias it and soon found out why; a little resistor had gone way out of spec'. Ten minutes to change that and let's try again. Wow! We have no distortion in any of the flanger modes but... there were artefacts still present on channel B when in chorus mode. On top of that, it was obvious that there was excessive LFO clock leakage into the audio on the same channel.

The age of this machine made it a perfect candidate for a BBD swap-out and so I dropped in a pair of new Xvive MN3007s.

Tuning out the LFO noise is a little tricky on these machines as the pre-sets are so incredibly sensitive but I got there in the end.

Once the machine was distortion and LFO leak free, I cleaned all of the pots and switches. It seemed that they'd never been touched since the machine was made and I have to say, dialling in parameters suddenly felt and sounded very smooth, indeed.

Ah, that's more like it. Be warned however. If you're used to plug-ins or even digital processors, you might hear things in this old analogue gear that you don't like! There's a lot more interaction between harmonics and so the sound is more 'organic' than that of a digital processor or a bit of software. At some frequencies, things happen which might seem a little unexpected. This gives machines like the SBF-325 a certain character and it's not everyone's cup of tea. On the other hand, this is proper analogue flanging and chorusing as they were meant to be. 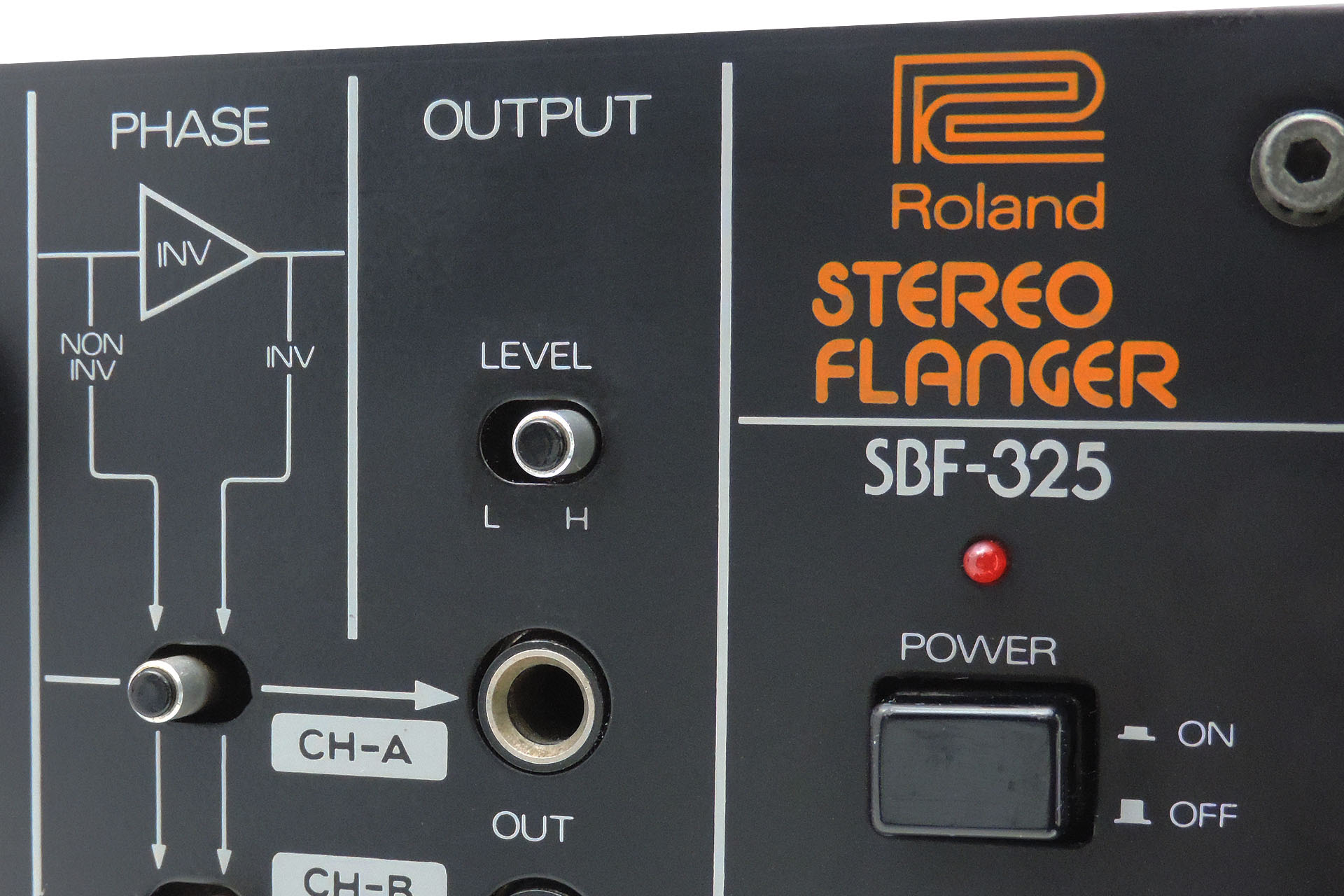 I love this stuff. I really do. In fact I'm actually thinking of designing a modern version of this classic analogue processor, perhaps using MIDI for external control instead of CV and give it some memory, too. Now there's a couple of ideas...

In the meantime, if you have a vintage effects processor like the Roland SBF-325 that needs a little TLC, give me a shout. Like I said, I just love this stuff.