My Live Forever back-up battery mod isn't rocket science. It's not even particularly clever but an incredibly simple upgrade to many synthesisers, sound modules and effects processors, it does offer the following advantages:

So just about all digital equipment has some sort of mechanism to provide memory retention. Your equipment has patches, right? So those patches are 'remembered' by your gear with the use of a memory back-up battery.

Newer equipment doesn't always have a memory back-up battery. Instead, memory is held within what is known as non-volatile RAM.

Anyway, older stuff does have a memory back-up battery and if left unchecked, the results can be devastating. I recently did a post on a gorgeous Sequential Circuits Prophet 5 Rev 2 that hadn't been touched for over thirty years. Of course during that time, the back-up battery had degraded and had in fact leaked all over the CPU board. It's going to take me months to sort out the mess and that's going to be expensive!

My Live Forever battery mod doesn't just involved replacing the original battery with a larger type. If possible, I try to mount the holder for the new battery, usually a lithium CR123, directly on to the chassis and off any PCB. In the event that the battery does leak, then it won't damage any circuitry.

Of course mounting the new battery on to the chassis isn't always possible. The Marshall JMP-1 is a good example. There are two versions of the  JMP-1. One has a case with a little room to allow for a CR123 battery holder to be mounted to the metal. The other and more popular version doesn't. In situations where the battery can't be mounted off-PCB, I simply have to find the best place to put it.

Most vintage equipment that uses a memory back-up battery does so with something like a CR2030, CR2032 or similar type 'coin' battery that's soldered to a PCB and located close to the RAM (memory chip). This isn't always the case, though. The Roland MKS-80 for example, used a CR-1/3N battery as pictured below. 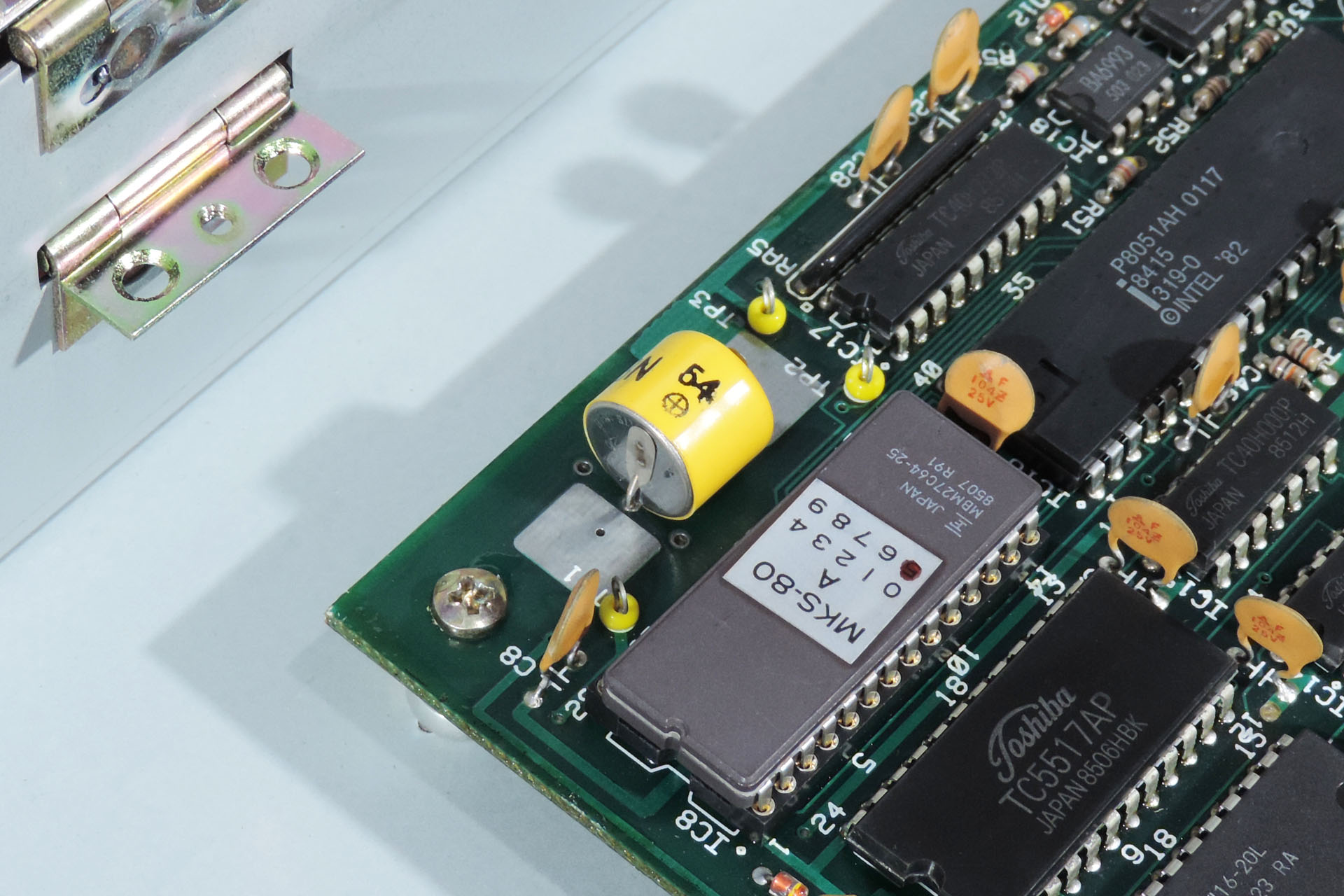 My Live Forever battery mod involves replacing the original battery with a much higher capacity CR123 type cell which is also small enough to fit into many situations.

The default battery chemistry is lithium or rather lithium manganese dioxide (LiMnO2). They're cheap, readily available and very reliable.

Lithium CR123s however, aren't the only option that can be used for replacing the original memory back-up battery. While sticking with the CR123 form-factor, I'm a big fan of Lithium thionyl chloride batteries (LiSOCl2), for example. Designed specifically for very low-current, very long-life applications, they're ideal for the job. They are however, more expensive and more difficult to procure.

Finally, a long time ago, I experimented with clip-on retainers that fit over the CR123 battery holder, thereby offering more physical security to the actual battery.

Well, apart from having installed my Live Forever battery mod into countless machines over the years, all of my own gear is fitted with my mod. In over thirty years, I have NEVER experienced a battery being dislodged from the battery holder and feel that any impact that would be strong enough to do that, would most likely seriously damage the machine that it's fitted to!

The main reason I don't supply the retention clip however, is that they have a very (VERY) tight fit. I'm concerned that if the battery ever does need to be removed, damage to the unit may occur while simply trying to remove the clip! 🙁

Anyway, my Live Forever memory back-up battery mod is available for just about any synthesiser, sound module or effects processor so don't hesitate to contact me if you have any questions. In the meantime, if you'd like to learn more about lithium manganese dioxide and Lithium thionyl chloride batteries, please check out these links: