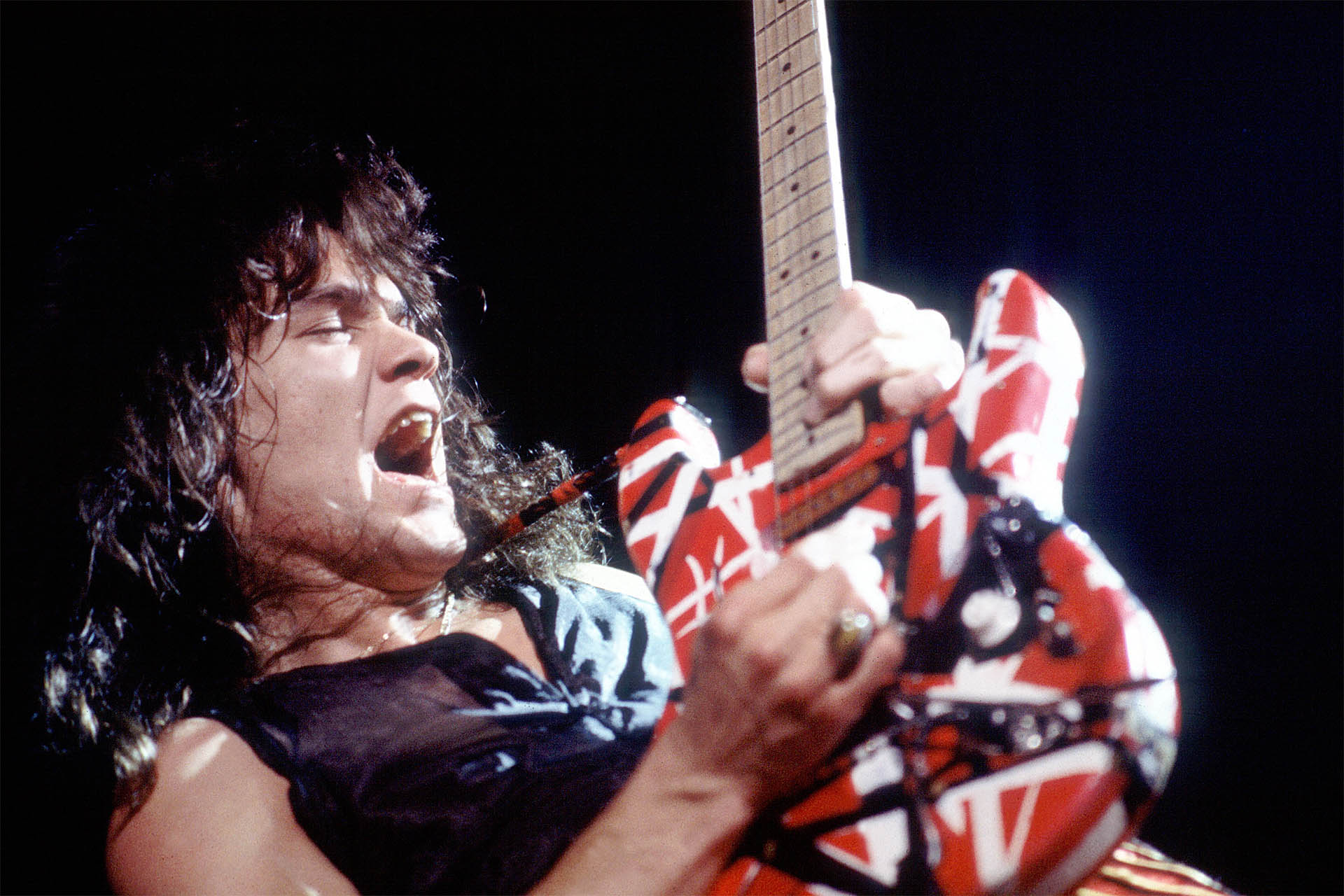 1978 and I remember vividly putting Van Halen (self-titled first album) on to the turntable. The expression 'Blew my mind' has never been so apt and indeed, Eruption changed the sound of guitar forever. Suddenly everything before was just two-dimensional and mediocre. Finger tapping, shredding, a very articulate and defined sound with oodles of sustain (the brown sound), it all started here.

A Strat with humbuckers, a Marshall 1959, a little MXR phaser pedal and a whole lotta talent. Van Halen was the talk of the town… for many, many years. He influenced a whole generation of guitarists and the very sound of rock for an entire decade.

If there was one thing absolutely annoying about Eddie, it was that he made it all look so effortless!

A true natural, many didn’t know that he actually started playing drums with his brother Alex on guitar. One imagines divine intervention that made them swap!

Iconic, people like Eddie Van Halen were supposed to be immortal, live forever but of course we’re all just human.

From a humble Dutch immigrant background, Eddie’s life was inspirational, not just his guitar playing.

EDDIE VAN HALEN R.I.P
6th October 2020
You will be missed