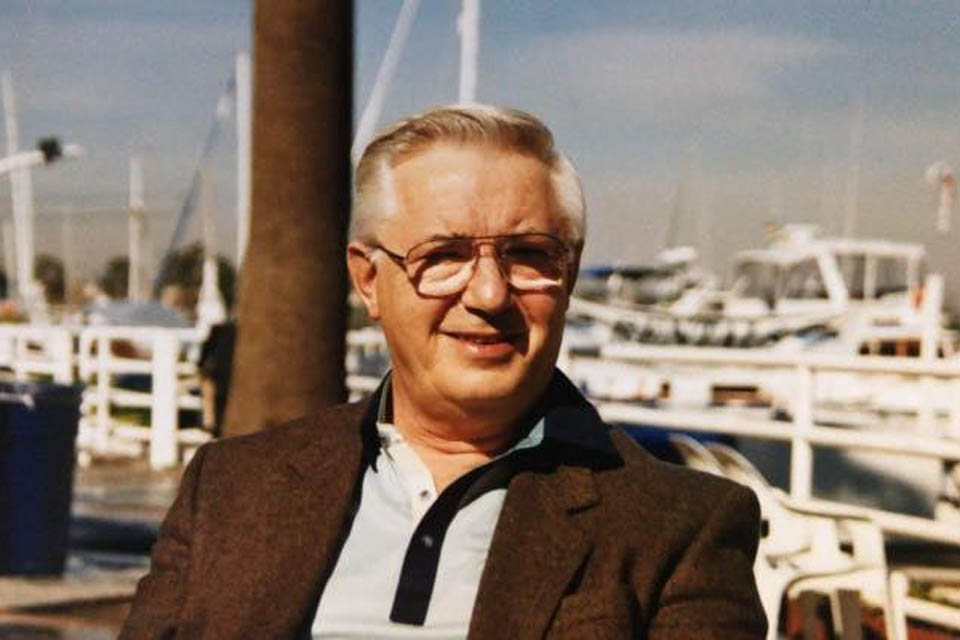 Today I received the sad news that my old boss from my days at Roland (UK) Limited in the late eighties, had passed away.

A real character, kind, generous and trusting, Fred was quite simply, a lovely person. I only have fond memories of those magic days. Everyone who worked at Roland or was involved with the company, will have at least one hilarious story involving Mr. Fred Mead.

Here's what one of my old Roland colleagues Alan Greensall put up on Facebook:

Fred Mead, one of the key figures behind the establishment of Roland UK as perhaps the most dynamic British MI company of the 1980s, has died just five days short of his 81st birthday, following a long illness.

Though destined to become Roland UK's sales director and buyer, Fred Mead originally trained as an engineer and cut his MI teeth working for Tom Jennings' Vox company, in Kent. Later, he went on to become buyer and then factory manager for Dallas Arbiter, then one of the largest companies in the industry. It was at Dallas Arbiter that Mead was to meet Brian Nunney, the firm's export director.

Following the collapse of Dallas Arbiter in 1974, Nunney was approached by the Danish Roland and Hammond distributor, Brodr-Jorgensen to start a UK division, a challenge he readily accepted. Looking for people with MI experience to help get the fledgling business off the ground, Nunney turned to Fred Mead, as he recalls:

"The man who had been most helpful and supportive to me in the Dallas organisation was the factory manager, Fred Mead, so I rang Fred and we met - on two adjoining deckchairs in Hyde Park, of all places."

Though, by his own admission never having sold anything in his life, Fred was immediately given the entire South of England to handle and was summarily "thrown in at the deep end" as he later recalled.

"I’d never sold before and I was terrified, but in February 1975 we started the company. After a week or two, Brian finally said it was time for me to go out and sell and that the first person he wanted me to go and see was Lou Dean, who ran an organ shop in Hammersmith. So I went down, looked in this enormous shop, terrified by what I had to do. I think I smoked about six cigarettes, while walking up and down outside the shop and in the end I plucked-up the courage to go in. There was dear old Lou behind the counter with a great big cigar in his mouth. I took him through the products we had, the SH 3A, the SH1000, some Boss pedals and rhythm boxes and he looked at me and started to laugh."

I asked him why and he said:

"I’ve been sitting here watching you walk up and down outside the shop all this time. How many cigarettes have you smoked?"

"Get you order pad out. I’ll tell you now, Brian Nunney had already told me you were on your way down here, so I was looking out for you."

"We developed the company quite well until 1980, when Jorgensen in Denmark went into receivership. But despite the problems in Denmark, we were flying in the UK so, in effect, we took the company over on 9th January 1981 and created Roland UK, which was a 50/50 venture between Brian, Ken Stoddart, financial director, and myself on the one hand and Roland, Japan." 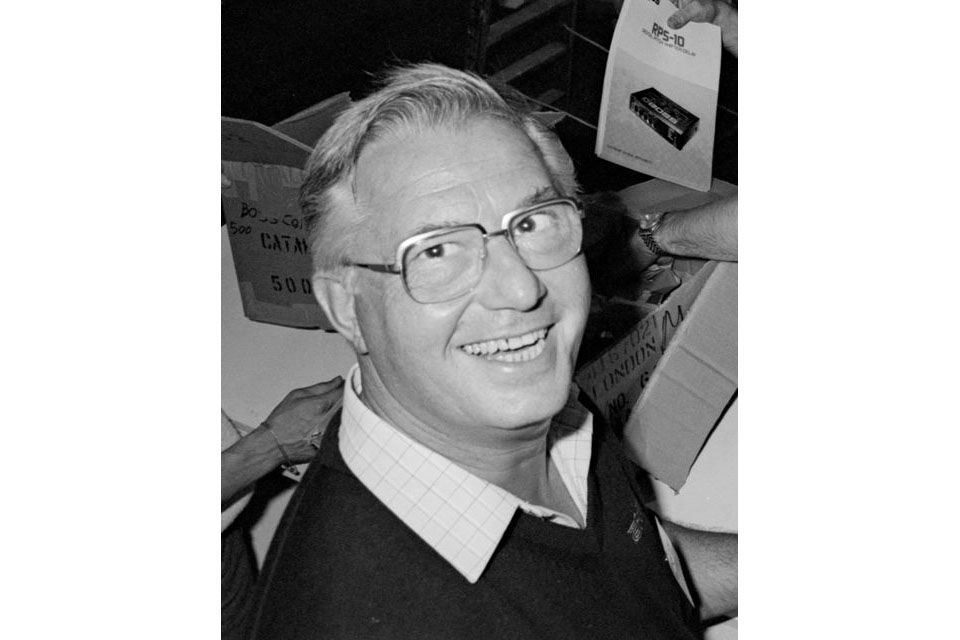 Based in what had previously been the Smiths Crisps factory in Brentford, west London, Mead and Nunney formed a tightly knit team, which was to become one of the most potent in the industry. Key figures in the Roland UK of that era included Dave Marshall (today managing director at Sound Technology), Alan Greensall (later at Sound Technology and then Line 6 before forming his own Synergy Distribution), Chas Smith (who went on to run Avid in the USA) and Jed Allen, later with DiGiDesign.

"I was very pleased to have Fred on board." Brian Nunney recalls.

"I could not have operated without him and we did everything together. If I went to Japan, which I did once a year, Fred came with me and likewise we went to Frankfurt, which everybody in the industry did every year. It would take a book to cover the adventures we had!" he laughs.

Sadly, Roland UK was destined to run into trouble, following the company's move to custom-built premises in Fleet, Hampshire in 1991 and a controversial expansion into warehousing and office facilities in Swansea.

"In my opinion it was a very bad move." Fred later recalled.

"The logistics were bad and we over-stretched ourselves financially by doing it - well, not only by doing that, but by building Fleet as well. All this strain on the company’s finances coincided with a change in the economic climate of the whole country. Doing the Swansea thing altered all our lives completely. It was a mistake. I think that if we hadn’t moved there, we would have survived the financial turmoil of the company at the time. We had already been through one downturn in the economy without even noticing it, because our overheads were low at that time. But as soon as we did the Fleet/Swansea exercise, we reversed the situation."

Fred Mead retired from Roland UK in 1996, following Brian Nunney's retirement but the relationship endured. Nunney, following a battle with cancer, retired to the South of France and says:

"Fred and I remained firm friends and he visited me once a year for the last 25 years. Fred was the only one who visited me when I was in hospital following my cancer operation. I woke up and there he was sitting in an armchair in the room, completely unannounced, waiting for me to wake up, which was a really nice gesture and typical of Fred."

Fred Mead was predeceased by his wife Jean, and is survived by two sons, Richard and Gary.

Today I've been working on the new place and have been thinking a lot about Fred, the wonderful time I had at Roland and all the fantastic people I have been privileged to know, many of which I'm pleased to say, are still friends today.

Reflecting, I'm quite spooked at the crossroads I now see in my past. The choices I and perhaps others made for me, have all contributed to who and what I am today and the people I know now and those who I have known. Going to that interview with Fred, being offered the post of Group Technical Manager UK by him and accepting it, were three of those crossroads.

My time at Roland was exciting, even magical and will never be repeated.