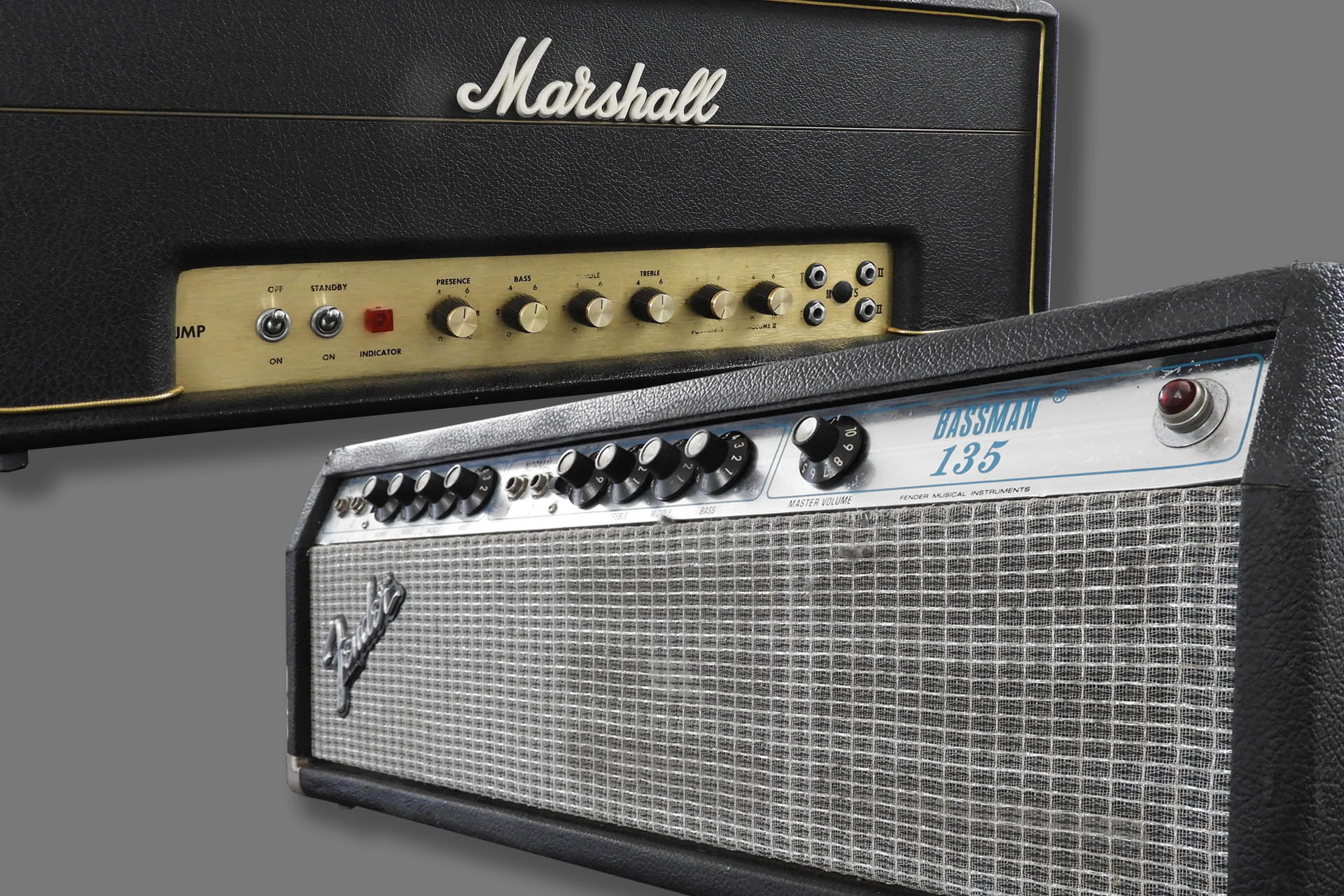 I do a lot of valve changes, re-capping, pot changes and re-biasing on vintage amps but I really do love a good ol' renovation. Giving an old amp a new lease of life is just so incredibly rewarding and over recent months, I've had the pleasure of working on not one but two vintage bass amp renovation projects.

Regular readers may recall my post from April 2021 called Hiwatt Amps Found in Pyramid Hey, it was April Fools Day! 😀 Anyway, the post goes into some detail on a couple of guitar amp renovations and some weeks after the amps were returned to the customer, Adrian brought me a couple of old bass heads that were also in desperate need of attention. One was a Marshall 1986 JMP Super Bass 50W from 1969 and the other was a Fender Bassman from 1980.

Just like the Hiwatts, these amps had not just been neglected for decades but had also been modified. Such a shame when I see this but that's what people did, back in the day. Decades later, this kind of stuff now makes something like this twin vintage bass amp renovation, quite challenging. You see, you can't just rip out the obvious components that made up the mods. You have to check to see if other components were changed.

Another annoyance is that some mods involved adding potentiometers and / or sockets. All you can do is tidy up holes now left in the chassis, as best you can. It's all really quite upsetting. In the picture below, you can just make out a hole in the back of the Bassman which had an 'auxiliary' mains lead output. WTF?!?!?

In the middle of the four input sockets on the Marshall, there was a potentiometer. I managed to clean up the hole and insert a plastic cap. 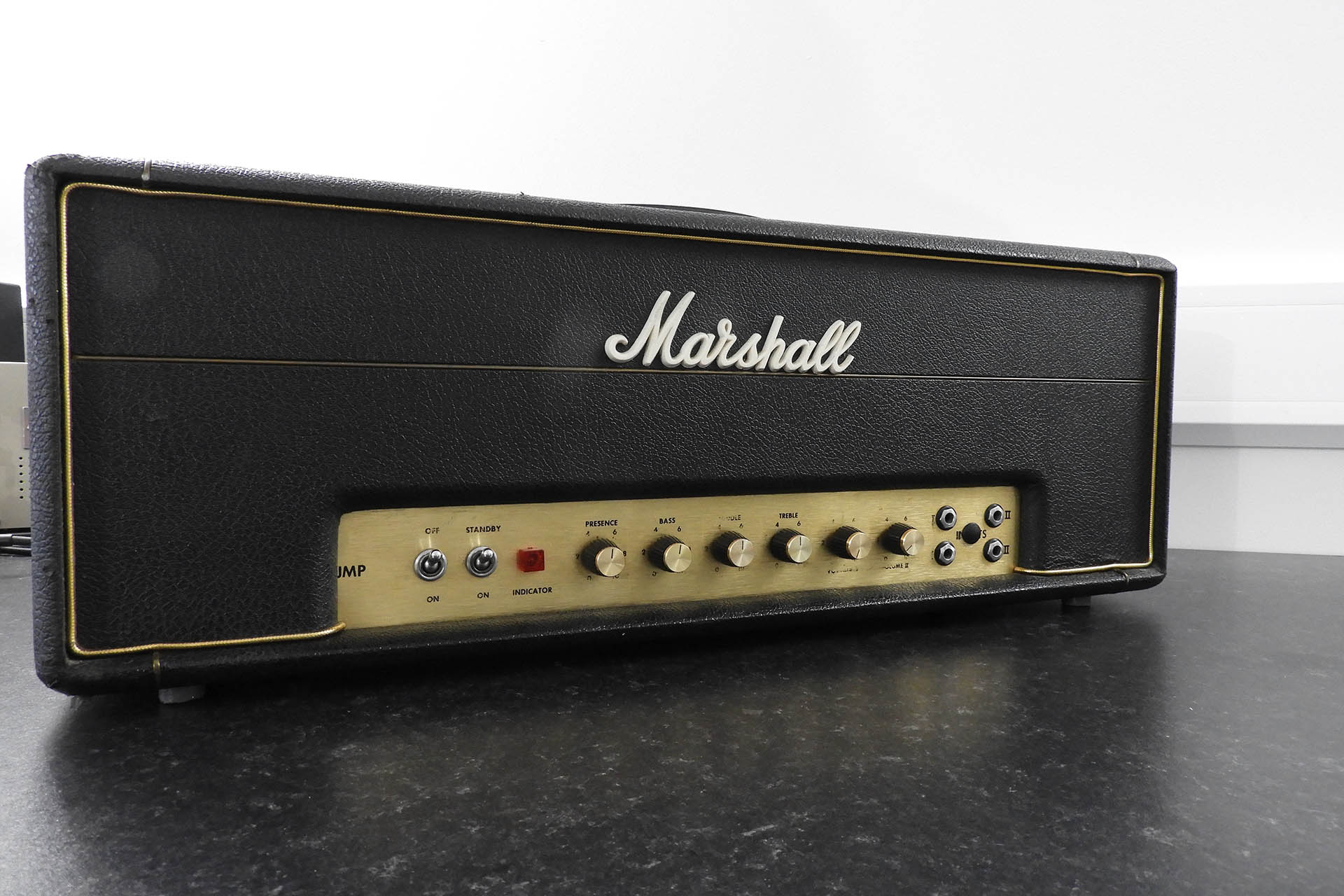 Anyway, it took me months to sort out these babies and I have to say that they now look, sound and even smell very different to when they first came in.

Back in the day, many guitarists used bass amps for their (obvious) depth. In fact, back in the eighties, my friend Leon Lawson who used to tech for Michael Schenker, put me on to this. Being a Marshall man myself however, I'd forgotten just how incredible some of the Fender bass amps sounded with guitar! This Bassman 135, now loaded with a properly biased quartet of 6L6s, had thee most beautiful, smooth overdrive ever. Really chunky and full bodied, the bottom end was well balanced and not at all muddy, while the high-mids and top end maintained fantastic definition, with just the right amount of sparkle. Don't forget, this amp has a normal (non-bass instrument) channel, too.

After putting the oh-so-heavy chassis back into the cabinet and final testing, I just couldn't stop playing this beast. The eq didn't sound as dramatic as that on the Marshall but you know what, I just left everything on 5 and played my heart out! Wow! What an amp.

PLEASE TAKE CARE IF YOU'RE CONSIDERING BUYING A VINTAGE AMP

I've already mentioned the power input socket on the Marshall but the voltage selector on this generation of amp is really dodgy. In fact, the one on the Marshall was too loose to leave as it was. I contacted the customer and advised him that I should wire the amp internally for 240V operation and put a plaque over the voltage selector at the back of the amp. He agreed. If I come across a nice, tight selector, I'll contact Adrian and tell him that I can change it.

The speaker impedance selector is the same switch but of course, with different markings. For the health of the amp, it's equally paramount to ensure that this component also has a tight fit between the male and the female. If the male part of the selector accidentally falls off, the amp will go 'open circuit', a condition that'll blow the output transformer. They're expensive to buy and very time consuming to replace. On top of that, a modern replacement won't sound like an aged device.

The Fender isn't much better, to be honest. While at least an enclosed switch which doesn't have two parts, the voltage selector on the back of the Bassman 135 is really quite loose and can easily be nudged by accident.

BOTTOM LINE: If you're thinking of buying a vintage amp, you simply MUST check the input voltage and speaker impedance selectors.

Vintage valve amp renovations often take weeks and sometimes longer. They're very involved but I love the challenges and the feeling when you get to the end is quite rewarding. At 60 GBP plus VAT per hour, there's no way I can charge for the actual time I spend on stuff like this. Inevitably I try to quote something which I feel balances out the time spent, the value of the item and provides a reasonable finite figure for the customer. It can be a hard call but to put things into perspective, I quoted Adrian about 2500 GBP including labour and parts for both amps. Within a couple of e-mails, we agreed on 2150 GBP. That's more than a 10% discount and is even further from the cost of the time I spent on these things. On the other hand, I'm happy that Adrian's happy and I'm even more happy that these amps may have another fifty or sixty years in front of them! 🙂