It's been five months since I began work on what's going to be Plasma Music's new home. Not as big as what I had before but a reasonably sized detached property and just down the road, it's going to be an awesome base for my creativity and from which to run my technical services.

Redecorating upstairs is done and I'm now moving equipment in. I've still got a way to go before the studio is operational, like I'm designing some rack cabinets and waiting for others to arrive and of course, the cabling. 🙁

Downstairs, the lounge is waiting to be painted and the lab is not just done but totally up and running, making work soooo much easier.

I eventually decided to get in some professional help to finish off the kitchen, what's going to be the office and the hallway. My friend Adam, put me in touch with David of Bonell Property Renovation Limited. I sent David an illustrated brief of what was required. Matthew his carpenter popped around a couple of days later, to check some details and take some more pictures. A favourable quote soon arrived in my inbox. I paid a deposit and at 8:00 this morning, a bunch of lads turned up to begin work.

Tidy, efficient, polite, considerate and really fast, I popped over a couple of hours later, just to check on progress and see if they needed anything. Well, I was gobsmacked at what had been done, just in that space of time. I think these guys are going to get five stars from me! 😀

Things are finally starting to take shape. I can see light at the end of the tunnel and I'm really very excited, now.

I popped down to drop off some components that arrived for a couple of builds and was blown away with the progress, just twenty-four hours later.

There were two areas in the porch where plastering had come away from the wall. It wasn't too bad, to be honest but while I had a professional team in, I thought I'd put it on the list. That's also all sorted, now. 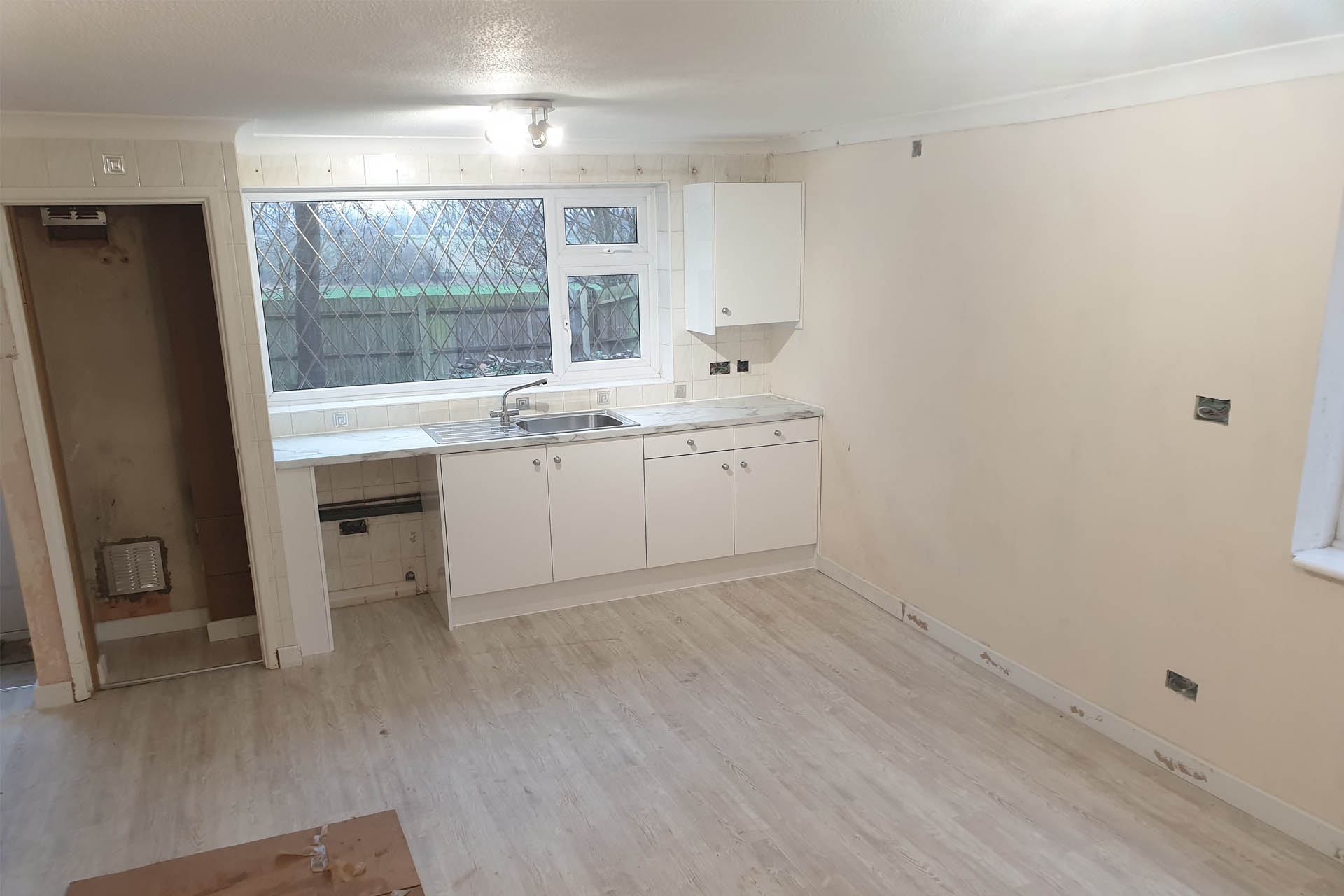 In just ten days, the boys had finished all the jobs that were on my list. What a transformation! 😀

I agreed with the builder, that I would do all the decorating. I therefore asked the lads, not to put the doors back, as I'll be re-painting them.

The wall opposite that in the picture above (which was re-plastered), isn't very smooth. The whole of this section of the house was papered with thick lining paper which my wife Julie and my daughter Tsunami, removed. I'll have to go over all the walls, filling and sanding, prior to painting. I only have four weeks to finish the whole lot, before the furniture arrives. 🙁

Bonell Property Renovation Limited is busy! That's because they're good! 🙂 so I didn't mind them coming back a couple of weeks later, to tidy up a couple of things.

Pictured below is an example of two things; attention to detail and their fantastic level of craftsmanship.

The original kitchen had a worktop bar thing and instead of placing it two inches away from the window sill, the original fitters cut the bloody window sill to make it all fit. WTH????!?!? This morning, Josh did an awesome Job fixing this. I hope I can do him justice with my decorating! 🙁