One subject that comes up time and time again is "how to connect a USB MIDI keyboard to MIDI hardware". I've therefore decided to put up this post... 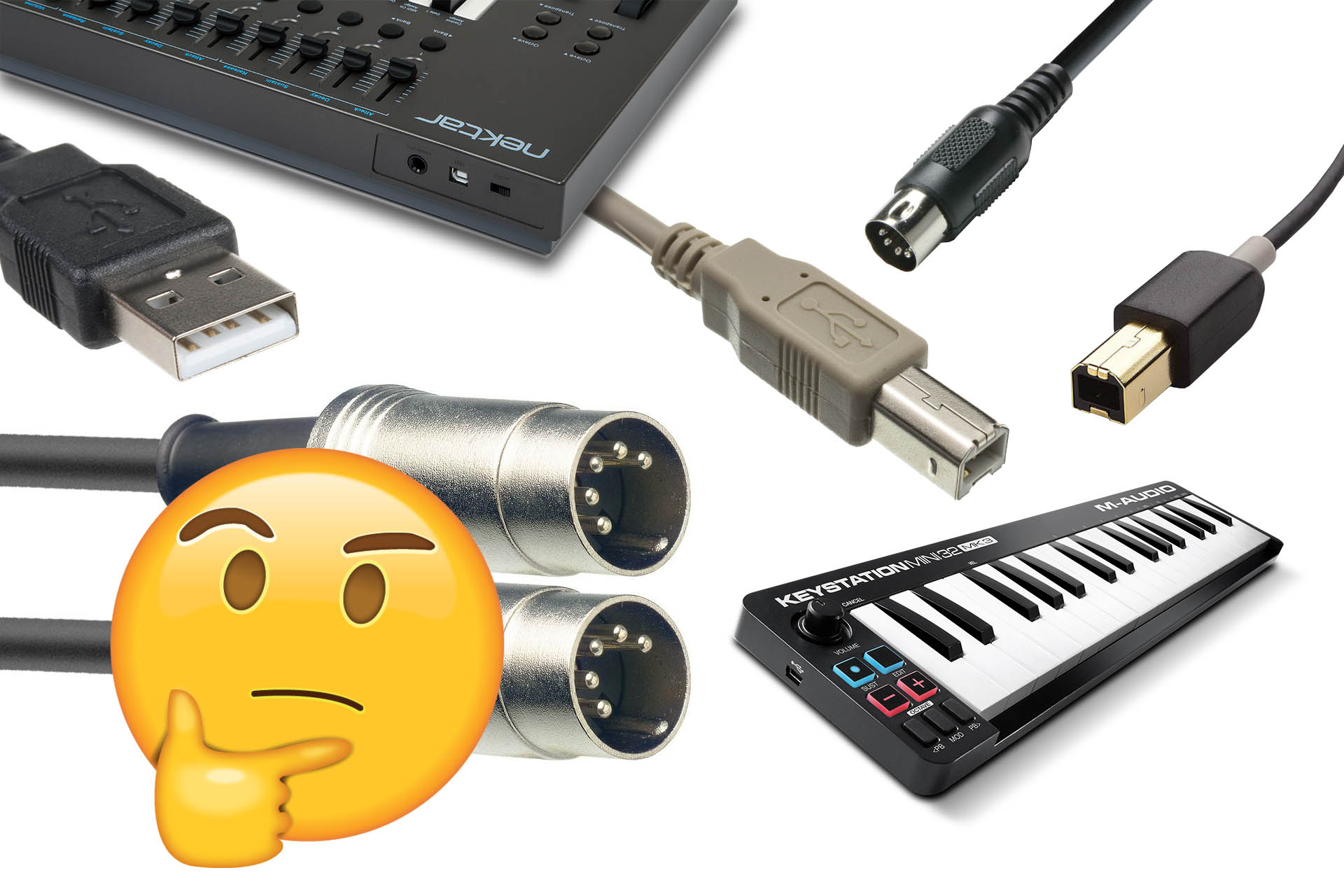 It's not exactly difficult but at the same time, you can't take it for granted that the MIDI keyboard you've got your eye on, actually has well... MIDI ports. Just about every controller seems to be designed to plug straight into your computer and hence, only has a single USB port. Manufacturers tend to offer their controllers in versions with those little 5-pin DIN sockets but they're usually upgraded versions with for example, seventy-six keys instead of the sixty-one keys that you wanted and perhaps more to the point, the version that'll fit on your desk or that's within your budget.

In a market that has been increasingly dominated by computers, some might concede that it's hardly surprising that MIDI ports are omitted from modern (MIDI) controllers. On the other hand, for those of us that have a collection of hardware sound modules, synthesisers and drum machines, MIDI controllers without MIDI ports is kinda useless!

So a MIDI USB host is basically a small box running embedded firmware that recognises any class-compliant USB MIDI controller. That middle bit (class-compliant) is really important. A MIDI USB host is designed to be switched on and left. There's no monitor, QWERTY keyboard or mouse attached and there's no way to access the 'operating system'. It stands to reason therefore, that connecting anything to it, should be immediately recognisable and that means that anything connected to it MUST be class-compliant. Well, fortunately most USB MIDI keyboards are just that but it's always worth checking.

Several manufacturers make MIDI USB hosts but perhaps two of the most well known are those made by Kenton Electronics and MIDITech. Be expected to pay about 85 GBP for the former and 66 GBP for the latter. 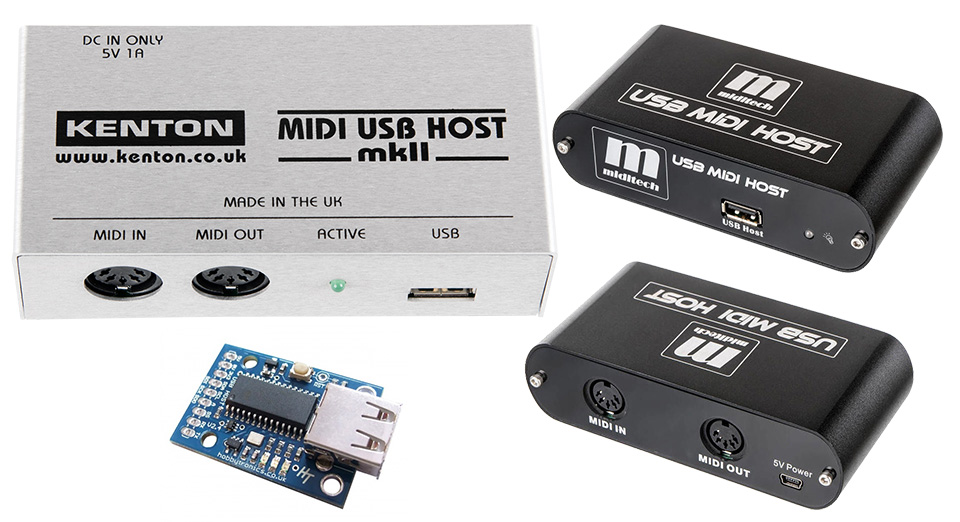 For the DIYers amongst us, I've chosen to include the USB Host Controller Board V2.4 in the image above. Available from https://www.hobbytronics.co.uk/ for a modest 16.20 GBP (at the time of writing), this kit is available in a variety of 'pre-blown' versions, with appropriate firmware put on to the 24FJ64GB002 microcontroller before it's sent out. One version makes this little board into a great USB MIDI host. You'll need to connect 5-pin DIN sockets, provide power and box it up yourself but for anyone who feels a little adventurous, this can be a very cost-effective solution.

One point worth noting, is that these boxes require power and both examples mentioned above are equipped with USB power ports that are secondary to the USB port that's used to accept the connection from your USB MIDI keyboard.

A company called iConnectivity makes a series of MIDI interfaces that are superbly designed and particularly suited for the modern audio production environment. The mio XL for example, has ten (yes TEN) USB host MIDI ports as well as a bunch of conventional 5-pin DIN ports and... it also supports RTP-MIDI via a RJ-45 connection. Fully configurable via software hosted on your computer, the mio XL also has an elegant OLED display providing an array of status information. Available for under 350 GBP, this is a seriously powerful interface that's designed to connect to just about anything that can carry MIDI.

Anyone working with digital audio will be familiar with something called 'latency'. Loosely defined as the time between a signal entering a digital system and leaving the same digital system, latency is basically the time taken to digitally process a  signal. If that means simple analogue to digital or digital to analogue conversion, then even that process takes a finite period. This is not the case with analogue electronics although there does exist an almost analogous parameter called 'propagation delay' but let's not confuse things just yet, eh?

When working with computers specifically, latency can be quite substantial as there's a lot going on in these boxes that we've all grown used to. Having said that, clock speeds and more efficient processing both in software as well as hardware, has reduced latency over the years and in most situations, it's not a real concern anymore. On top of that, manufacturers of audio interfaces introduced 'direct monitoring' a long time ago which was and still is a great work-around to the issue of latency.

So going back to our USB MIDI host, it should be noted that by design, the smaller  boxes are very simple and are designed to do one thing and one thing only. Hence, while latency technically still exists, simply by the nature of the beast, it is negligible. I use a Kenton Electronics MIDI USB host myself and I can assure you that if latency was an issue, I simply wouldn't bother.